Mother’s Day is a chance to celebrate your mother and show her how much you appreciate her and all that she does for you. A personalized gift is a heartfelt way to say things that are not said every day but can be a lasting reminder of all the love you share. Let Memorable Gifts help you select a gift that will be treasured for many years.

END_OF_DOCUMENT_TOKEN_TO_BE_REPLACED On Mother’s day, mothers around the world are spoiled and celebrated in gratitude for everything they do. Make this years’ time honored tradition extra special by throwing a spring themed brunch! Hosting a brunch is the perfect opportunity to celebrate and thank all of the wonderful mothers in your life. Planning and hosting a Mother’s  Day brunch is hard work and can be stressful, so we at Memorable Gifts would like to extend a few tips and tricks to help you throw a beautiful brunch and give the special mothers in your life an unforgettable mother’s day.

END_OF_DOCUMENT_TOKEN_TO_BE_REPLACED 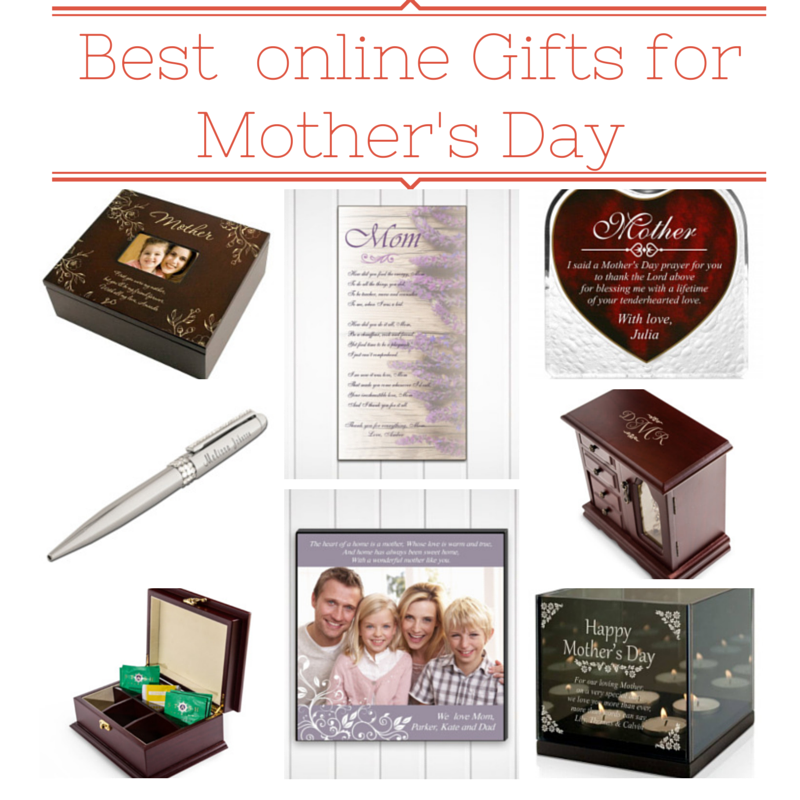 With Mother’s Day less than few weeks away, it’s about time we get something original, for somebody special, every mother needs to feel appreciated every day of the year but, on special occasions like Mother’s day this feeling should be elevated. This is the day to memorialize the most special person in one’s life. END_OF_DOCUMENT_TOKEN_TO_BE_REPLACED

The second Sunday of May each year holds a special meaning for most of us. It is a day dedicated to that special person in our lives…our mother. Now Mother’s Day is celebrated throughout most of the world. But did you know who was the founder of Mother’s Day?

Anna Jarvis was born in Grafton, West Virginia, in 1864, Although she was an attractive woman, she never got married, It was believed that she had a unsuccessful love affair when she was young and was so shocked and disappointed by it that she turned her back on men. In 1905, Anna’s mother died, leaving Anna and her blind sister. During her grief, Miss Jarvis had an idea…to dedicate a special for mothers day.

She began her cause with lectures, writing campaigns and giving talks about her idea. Her first success came when West Virginia became the first American State to officially adopt the holiday, followed by Pennsylvania and several other states.

“To the best Mom ever, Never a thought of yourself, you give unselfishly, even though I may not always show, you mean the world to me” Unknown

““All-Gracious! grant to those who bear A mother’s charge, the strength and light To guide the feet that own their care In ways of Love and Truth and Right.” Unknown”

“There is in all this entire cold and unfilled world no source of deep, strong, deathless love, save that within a mother’s heart.” Mrs. Hemans.

“A man never sees all that his mother has been to him till it’s too late to let her know that he sees it.” W. D. Howeixs.

“The mother’s desire, that completest type of life within another life which is the essence of human love, feels the presence of the cherished child, even in the base dishonor man.” George Euot.

“Say to mothers, what a holy trust is theirs, with what a kingly power their love might rule the fountains of the new-born mind.” Mrs. Sigourney.

“No language can express the power and beauty and heroism and dignity of a mother’s love. It shrinks not where man cowers, and grows stronger where man faints, and over the wastes of worldly fortune sends the radiance of quenchless fidelity like a star in heaven. E. H. Chapin.

“It is generally admitted, and very frequently proved, that virtue and genius, and all the natural good qualities which men possess, are derived from their mothers.” Hook.

“The purest thing I know in all earth’s holding is mother-love, her precious child enfolding; Yet when the mother’s footstep feeble groweth, As sweet the child-love then which ’round her floweth. — M. M. Tucker..

With Mother’s Day right around the corner it’s time to start looking for gifts! Mother’s Day 2014 is on May 11. Have you decided what you’re getting for Mom? In the Unites States, Mother’s Day is celebrated by presenting mothers and other women with gifts and flowers. Families might also celebrate by rewarding mothers with a relaxing day at the spa or just with a day of leisure. Mother’s Day has also been a date for launching political or feminist causes. In 1968 Coretta Scott King, wife of Martin Luther King Jr., used Mother’s Day to host a march in support of underprivileged women and children. In the 1970’s women’s groups also used the holiday as a time to highlight the need for equal rights and access to childcare. However you celebrate this day, Memorable Gifts is here to help! We know finding the perfect gift for Mom isn’t the easiest task but hopefully our beautiful new designs will make your hunt a little easier. END_OF_DOCUMENT_TOKEN_TO_BE_REPLACED